A fire that broke out at the Le Huo Nursing Center (樂活老人長照) in New Taipei City’s Sindian District (新店) on Tuesday last week killed six people and injured 28. Investigations showed that the nursing home had not installed an automatic sprinkler system and that, when the fire broke out, there were not enough staff on duty.

How did this come to pass?

The Standard for Installation of Fire Safety Equipment Based on Use and Occupancy (各類場所消防安全設備設置標準) was amended in 2011 to stipulate that automatic sprinkler systems must be installed in long-term care institutions with a total floor area of more than 300m2. Could it be that because the center was established in 2011 the regulation did not apply?

The residents of long-term care institutions are mostly elderly people with impaired mobility, so once a fire breaks out, no matter how fast staff act, it can be hard for them to evacuate residents in time. That is why automatic sprinklers must be installed to quickly contain a fire and stop it from spreading.

The fire safety standard needs to be amended again to ensure that all nursing homes, no matter when they were established or their size, install automatic sprinklers.

Le Huo received an “A” rating when it was inspected in April, so why was it understaffed at the time of the fire?

One reason is that elderly people with impaired mental and physical faculties are unlikely to protest, and another is that the department responsible for inspections does not make surprise visits. Of course nursing homes are likely to make savings wherever they can, so why does the government not inspect them more often or even conduct surprise inspections? The reason is that government departments are also understaffed.

The nation’s long-term care system is not only short of nursing staff, it is even short of long-term care supervisors, so of course authorities turn a blind eye while care centers go on muddling through.

To save money, nursing homes mostly employ foreign staff, but foreign nurses generally cannot read Chinese or speak it very well. Consequently, they cannot provide as good quality care and they are not as good at handling emergencies.

Why do nursing homes not employ more Taiwanese nurses? Because there is not enough funding for long-term care. Nursing homes like Le Huo charge about NT$30,000 (US$938) per resident per month. Although that might not sound inexpensive, it should be borne in mind that nursing homes have to provide all food and accommodation for the residents, as well as care.

If such a tragedy can happen at Le Huo, with its “A”-grade assessment, what about other nursing homes?

In her inauguration speech, President Tsai Ing-wen (蔡英文) listed long-term care as one of her main policy objectives. The problem is that because the government’s planned tax-funded long-term care will receive no more than NT$40 billion a year — far less than the NT$110 billion that could be generated from long-term care insurance — it will only be enough for community-based long-term care.

Without sufficient funding, it will not be possible to provide proper institutional long-term care.

If we had long-term care insurance, it would be possible to set up small household-style care centers that would disperse the risk of accidental deaths and injuries in such institutions. It would also make it possible to send more inspectors, more often, to check on staff numbers.Whether these things can be done under a tax-funded long-term care system is something that the government needs to consider carefully.

高齡樂園與非核家園A Senior Citizen Paradise and Non-Nuclear Homeland我是一位老年精神科醫師，診療失智症十五年，在行醫過程裡，目睹許多家屬為了照顧老人家，犧牲自己的青春與未來，令人不忍。台灣即將邁入高齡社會，需照顧老人家多達四十萬人，希望馬總統在剩餘兩年任期，加快長期照顧體系相關立法，補強長期照顧服務網路，務必讓長照保險於預定的2017年前實施，以幫助人民照顧他們的摯愛。I am a psychiatrist for the elderly and I have been treating dementia for 15 years. In the process of practicing medicine, I have seen many families sacrifice their youth and future to care for the elderly and it is hard to bear. Taiwan is about to become an aged society and as many as 400,000 elderly require care. I hope that President Ma will accelerate legislation related to the long-term care system in the two years remaining in his term, reinforce the long-term care service network, and ensure the implementation of long-term care insurance scheduled for 2017 to assist the public in caring for their loved ones. 我也長期關注社會議題，經常投書媒體。1986年爆發車諾比核災，兩年後台灣舉辦首次反核大遊行，就讀大學的我參與其中；2011年，在核能業者與官員的安全保證中，又爆發了福島核災，兩年後，我必須與就讀大學的孩子，再度走上街頭。台灣地狹人稠，地震又多，真的不適合發展核電，馬總統若能在卸任前宣布停建核四，台灣人將記得你是促成非核家園實現的領導者。I have long been concerned about social issues and often submit articles to the media. The Chernobyl nuclear disaster occurred in 1986 and two years later the first anti-nuclear power rally was held in Taiwan. I participated in this rally as a college student. In 2011, with safety ensured by the nuclear industry and government officials, the Fukushima nuclear disaster occurred. Two years later, I must take to the streets again with my college age children.Taiwan is small, densely populated, and prone to earthquakes. It is really unsuitable for the development of nuclear power. If President Ma can announce a halt to Longmen nuclear plant four construction before he leaves office, the Taiwanese people will remember him as the leader who facilitated the realization of a non-nuclear homeland. 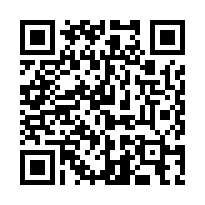